There are a few things I miss living on the west coast…a giant debilitating snow storm is not one of them.

I remember my first winter in Los Angeles, my first Christmas actually. I spent it with someone with whom I was close at the time and her family. We climbed a fence Christmas Day to a country club and played golf. (OK we were let in because her parents were members but it was still closed).

I remember that day because although the idea of a White Christmas still is dear to my heart, the thought of slushy snow and ice ridden sidewalks is not.

This was a photograph I took during the snow storm of 2009.  Pretty isn’t it?  I like this kind of thing for a couple of days and then I want clear sailing.

When I was a kid. I remembered my mother talking about how she hated the snow after a while. Not the snow itself nor the warm feeling it brings as you sit by the fire over the Christmas Holiday, but she hated what snow meant in the long run, shoveling, digging out the car, driving in the snow with black ice on the roads and for you city dwellers, the salt that gets on the pads of your dogs feet.

At that time I couldn’t understand her dislike of the white cotton like cold and wet substance that I yearned for as a kid.  Sledding!  No School!  Well now as I’ve gotten older I seem to have taken on her viewpoint more and more.  As I travel frequently I’ve also found the obvious (as many have this recent snow storm) that this kind of weather wreaks havoc with planes.  One year I barely made it home for Christmas with my family and to miss a Christmas with a little one at home expecting Santa…just not in my plan.

I did eventually make it home in time but that full day of calling the airlines for hours trying to get a plane home left me yearning for the sunshine.  Still, there is that special place in my heart, those incredibly fond memories of being snowed in with family.

We were forced to talk, to spend time together, to communicate and figure out other things to do to occupy the time until the roads were clear, the planes could fly or school was back in session.

Remember board games?  LIFE, SCRABBLE, MONOPOLY, RISK or even MOUSE TRAP?  Man, I loved those games.  We would play them for hours on end, over and over and over again.

I rarely watch TV, odd for someone in the entertainment industry I know, but I really don’t have time nor much interests in it at all save for Football (my vice).  But when I do watch I don’t see commercials anymore for Board Games.  iPads, tablets and Xbox have taken over that market.  Oh sure, they still sell the Milton Bradley/Parker Brothers Board Games in the stores but it’s not the same.  I mean COME ON!

Remember OPERATION: The Wacky Doctor’s Game? That was a Crazy game! You had to take these metal tweezers and insert them into the open cavities of this naked clown like figure (sort of looked like Moe from the Three Stooges) and try to remove a bone from a hole without hitting the metal sides of the hole with the metal tweezers.  If you did hit the sides, an electric pulse would be generated you’d hear a “BUZZ” and the dudes nose would light up red!  I LOVED IT.

The commercial for the game started with this freaky kid standing among other kids starring widely at a table and saying “It’s MY time to operate!”  Wonder where that kid is now…probably in Congress somewhere.  Anyway it was a Crazy game (and probably helped some of my friends make it into Med School) but it was cool none-the-less.  I had a real steady hand after hours of playing that thing…that and no aversion to clowns.

These kinds of games abounded in our house.  Monopoly was a favorite but so were games of skill like BOGGLE (still one of my favorites).  I’ll admit I even have the iPad version of BOGGLE…that and SCRABBLE.  I also played a great deal of Chess and even fabricated my own Chess Board in wood shop when I was in High School.  That was the same year my buddy Scott cut off three of his fingers with a Band Saw.  Don’t worry, they sewed them back on. Boy was that a mess.

All this to say that even though the memories of those days sitting by the fire playing games and doing 1000 piece puzzles are fond and poignant parts of my life (expect the fingers part). Don’t get me wrong I still like the idea of visiting the snow whenever I want, on MY terms…rather than being stuck in it.

Games are still a big part of our life, my families life.  I find it not only creates bonding moments but many of the games become educational tools as well.  The Barbour’s have always been big readers and I’m glad to see that this has passed down to my daughters.  They love books…not digital books but real books (for those of you who don’t know what they are (Andrew I’m speaking to you) google them) and their bookshelves are filled to the brim. 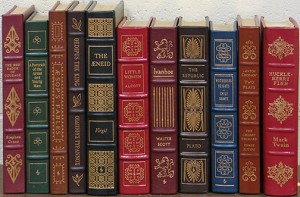 We do puzzles, draw, create arts and crafts and because there’s not a lot of TV in our household we actually thrive on creating new and fun adventures for each other to try.

So even if you don’t live in a storm filled city, even if you’re in a sunny, warm environment, try turning off the TV, grabbing a book, or gathering friends and family and sit down to a good game of TRIVIAL PURSUIT.  Trust me, it will be an enjoyable evening.

Stay Warm East Coast and Mid West Friends. Have a cup of tea for me and play a little PERFECTION for me. 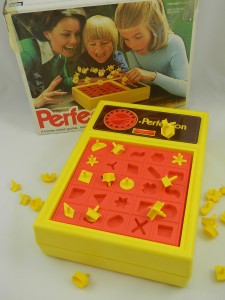 “Push the plunger down, set the timer, fit the pieces in place…”

Here are two YouTube links to the old commercials for OPERATION and PERFECTION. Ahhh Sweet memories.

This blog is brought to you by James Barbour and www.JamesBarbour.com.  James Barbour is an award winning Broadway star, International Concert Artist and host of the weekly International Talk Radio show THE STAR POWER HOUR hosted by VoiceAmerica.com.

For more information about James Barbour please visit www.JamesBarbour.com and sign up for the free newsletter.